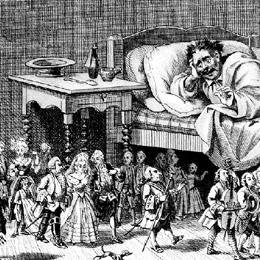 "The Fool and His Scepter" by William Willeford

But first an excerpt from the preface written by Enid Welsford

"Dr. Willeford exhibits both the entertaining and the numinous character of the fool and his mysteriously ambiguous position on the borderline between good and evil, order and chaos, reality and illusion, existence and nothingness."

A fool society called the Babinian Republic was founded in Poland in 1568. The name derived from "Baba", an old woman, was meant to characterize the run-down manor house in which the revels of the group were held. The society adopted a duplicate of the Polish Constitution and had offices of many kinds waiting to be filled by fools. If someone outside the society did something that was judged foolish by the members, he was invited to join it; if at first he did not, he was abused until he did. He was then given a license with a large seal and an office appropriate to his folly. If, for example, he had talked knowingly of things he did not understand, he was made an archbishop. The society grew so large that there was hardly an important person in any branch or church or government who did not hold an office in it. Finally the King of Poland, Sigismund August II, asked whether the Babinian Republic also had a king and was told that as long as he lived the society would not dream of electing another.

Like other saturnalian revels, those of the Babinian Republic violated the social order to dramatize the conceit that everyone, no matter what his social position, is basically foolish. However, though the conceit was applied to the King, and though he was assumed to be the king of the Babinian Republic as well as of Poland, he had a status different from that of other fools. Unlike them he did not have an overtly foolish identity inside the society and a nonfoolish one outside of it: he was the king of fools and of nonfools, his office transcending the distinction between them. One reason for his special status is clear: if he had descended to the level of the other Babinian fools, he would, as simultaneously King and member of the Republic, have affirmed the state of Sovereign Fool with which we have been concerned. He would have become the chief butt without having, on the level of symbolic forms, the power to call the play to a halt and to reassert his ascendancy. He would have lacked this power, because positions within the society were created and assigned by a burlesque but nonetheless potent decree. One of the members expressed this burlesque potency by claiming that the Republic was greater and more ancient than the realms of Alexander the Great or the emperors of Babylon, Persia, or Rome. This joke implies not only that folly is more permanent than any kingdom but also that the reflection of the kingdom in folly might at any moment prove more substantial than the real kingdom. By their allegiance to the make-believe Republic the Polish subjects in the fool society may have served the real state, since their folly was a form of the ritualized rebellion that demonstrates the strength of the established order. But if the King had accepted a fixed office in the society, he would, symbolically, have delivered the kingdom up to the foolish reflection of itself and to the powers that distorted the kingdom in that reflection. Ironically, however, to avoid this danger he resigned himself to occupying the indeterminate, half-and-half position - half inside the fellowship of fools and half outside it - that is characteristic of the royal jester.

This is history, people. This whole book is about the various characteristics and the special roles of the fool in human society.