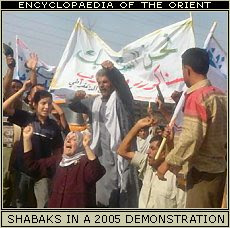 Religious and ethnic minorities in Iraq are facing unprecedented levels of violence, and in some cases, risk being eradicated completely from their ancient homeland, according to a new report from Minority Rights Group International.

In a major survey of the plight of Iraq's minorities, the report finds that these groups - some of whom have lived in Iraq for over two millennia - are being targeted by Sunni, Shia and Kurdish groups as the battle for power and territory in Iraq intensifies.

According to Mark Lattimer, Director of MRG, 'Every day we hear news about the carnage in Iraq, yet the desperate situation of minority communities is barely reported. Subject to a barrage of attacks, kidnappings and threats from all sides, some communities which have lived in Iraq for two thousand years now face extinction.'

Religious communities are being targeted because of their faith. Christians are attacked often because they are believed to be associated with the West, while the Mandaean and Yazidi religions have been dubbed "impure" by Islamic extremists.

The flight of minority groups is immense - it is estimated that they make up a third of the 1.8m Iraqi refugees now seeking sanctuary across the globe.

But says Lattimer, 'Despite the fact that many Iraqi Christians fled because they were accused of association with the American or British forces, hardly any Iraqis have been offered refuge in the US or the UK.' MRG is calling on the international community, especially the UK and US, to share the refugee burden and not leave it to fall disproportionately on neighbouring states.

In oil-rich Kirkuk, minorities also find themselves under pressure, in advance of a 2007 referendum on whether Kirkuk should become part of Iraq's semi-autonomous Kurdish region.

Minority representatives report that they are being pressured to support Kurdish political parties or to state their identity as Kurdish, which will strengthen Kurdish claims to land.

Preti Taneja, author of the report says, 'MRG is calling on the international community and the Iraqi government to recognize the special vulnerability of the country's minorities. This should be the basic starting point, if Iraq's minority groups are to survive the current onslaught.'