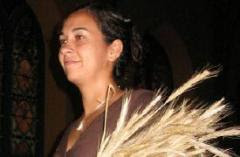 In the Beginning: Anarchism, Christianity and the Roots of Resistance

This year’s theme, In the Beginning: Anarchism, Christianity and the Roots of Resistance, is grounded in the idea that without understanding how our society is constructed — without knowing how we got to where we are today — we lack a critical resource for resisting oppressive forces and creating new life-ways. Too often our attempts to resist systems of domination and injustice are hindered by a shallow understanding of how these systems began in the first place or why they persist. As a result, we seek an end to war, an end to racism, an end to corporate-rule and an end to a host of other social sins. But without this foundational knowledge, our ability to construct alternatives is crippled. To that end, this year’s sessions and workshops are being organized around three subthemes, including “Getting at the Root,” “Examining the Fruit” and “Sowing New Seeds.” We hope to have several speakers and workshop leaders confirmed in the next few weeks, so look out for additional details soon.

When the power of empire is deconstructed, what remains to fill the void? How do Christians work within its ruins to conceive an alternative community which reveals the Kingdom of God?

The fourth Christianity and Anarchism UK conference welcomes us to ask these questions together, and carve out a loving resistance in the here and now.

This isn't the official place to register, but you are invited to note down your interest until further details emerge. Formally registering for the event will later be required if you want to come; places may be limited, and discussion groups will be allocated.

If you are interested in attending the fourth Christian Anarchist conference, feel free to join this event group or contact Scott Albrecht at the Catholic Worker Farmhouse on:

Scott will need to know:

Your name,
Region,
Any groups you are part of that you'd like to mention.